People say nothing is impossible, but I do nothing every day. – A. A. Milne

I finally realized that people are prisoners of their phones… that’s why it’s called a «cell» phone. — Anonymous

I intend to live forever. So far, so good. — Steven Wrigh

The planet is fine. The people are fucked. ― George Carlin 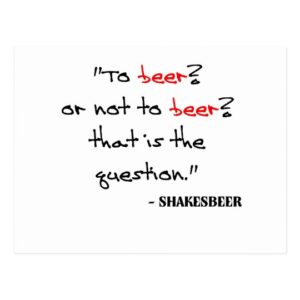 Better to remain silent and be thought a fool than to speak out and remove all doubt. – Abraham Lincoln

I»m trying to see things from your point of view, but I can’t stick my head that far up my butt.

Tomorrow is often the busiest day of the week. — Spanish proverb

If I were two-faced, would I be wearing this one? – Abraham Lincoln

I do not spew profanities. I enunciate them clearly, like a f—ing lady.

When I was a kid my parents moved a lot, but I always found them. — Rodney Dangerfield

I did not attend his funeral, but I sent a nice letter saying I approved of it. ― Mark Twain

The best thing about the future is that it comes one day at a time. – Abraham Lincoln

Once you let mo-fos slide, they start to think they can ice skate.

Rice is great when you’re hungry and you want 2000 of something. — Mitch Hedberg

Accept who you are. Unless you’re a serial killer. ― Ellen DeGeneres

The only mystery in life is why the kamikaze pilots wore helmets. – Al McGuire

Some people just need a high-five. In the face. With a chair.

Life is short. Smile while you still have teeth. — Unknown 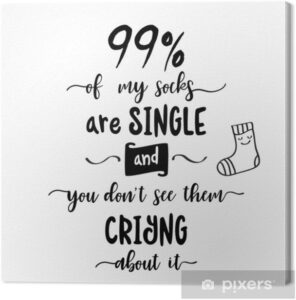 It’s not true that I had nothing on. I had the radio on. ― Marilyn Monroe

Light travels faster than sound. This is why some people appear bright until you hear them speak – Alan Dundes

I choked on a carrot this afternoon, and all I could think was ‘I bet a donut wouldn’t have done this to me.

I remixed a remix, it was back to normal. — Mitch Hedberg

Everyone should be able to do one card trick, tell two jokes, and recite three poems, in case they are ever trapped in an elevator. ― Lemony Snicket

Nobody realizes that some people expend tremendous energy merely to be normal. – Albert Camus

My favorite exercise is a cross between a lunge and a crunch … I call it lunch.

The best way to teach your kids about taxes is by eating 30 percent of their ice cream. — Bill Murray

They love their hair because they’re not smart enough to love something more interesting. ― John Green

I am not lazy I am on energy saving mode.

Once you can accept the universe as matter expanding into nothing that is something, wearing stripes with plaid comes easy. ― Einstein 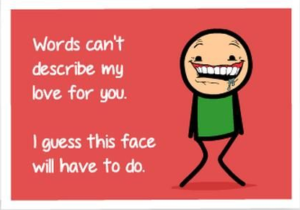 The difference between stupidity and genius is that genius has its limits. – Albert Einstein

It sure is strange that after Tuesday the rest of the week spells WTF.

A lot of people are afraid of heights. Not me, I’m afraid of widths. — Steven Wright

When life gives you lemons, squirt someone in the eye. ― Cathy Guiswite

All the things I really like to do are either immoral, illegal or fattening. – Alexander Woollcott

Farts are like children, I’m proud of mine and disgusted by yours.

I have always wanted to be somebody, but I see now I should have been more specific. — Lily Tomlin

If a book about failures doesn’t sell, is it a success? ― Jerry Seinfeld

It would be nice to spend billions on schools and roads, but right now that money is desperately needed for political ads. – Andy Borowitz

Your life can’t fall apart if you never had it together. 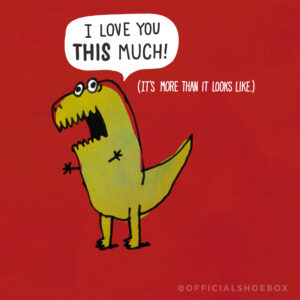 Don’t be so humble – you are not that great. — Golda Meir

I came from a real tough neighborhood. Once a guy pulled a knife on me. I knew he wasn’t a professional, the knife had butter on it. ― Rodney Dangerfield

The average dog is a nicer person than the average person. – Andy Rooney

Maybe you should eat some makeup so you can be pretty on the inside too.

This suspense is terrible. I hope it will last. — Oscar Wilde

That’s why they call it the American Dream, because you have to be asleep to believe it. ― George Carlin

At every party there are two kinds of people – those who want to go home and those who don’t. The trouble is, they are usually married to each other. – Ann Landers

Yes, I know there is a real special place in Hell for me. It is called a throne.

Go to Heaven for the climate, Hell for the company. — Mark Twain

Always go to other people’s funerals, otherwise they won’t come to yours. ― Yogi Berra

If you want your children to listen, try talking softly to someone else. – Ann Landers

The look you give your friend when the teacher says find a partner.

I wrote a few children’s books… not on purpose. — Steven Wright

A word to the wise ain’t necessary, it’s the stupid ones who need advice. ― Bill Cosby

Doctors are just the same as lawyers; the only difference is that lawyers merely rob you, whereas doctors rob you and kill you too. – Anton Chekhov 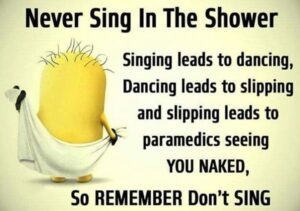 Always be yourself, unless you can be Beyoncé then always be Beyoncé.

I was trying to daydream, but my mind kept wandering. — Steven Wright

If you’re too open-minded; your brains will fall out. ― Lawrence Ferlinghetti

Never do the same mistake twice. Unless he’s hot.

If a book about failures doesn’t sell, is it a success? — Jerry Seinfeld

Never miss a good chance to shut up. ― Will Rogers

My opinions may have changed, but not the fact that I’m right – Ashleigh Brilliant

It’s a beautiful day, I think I’ll skip my meds and stir things up a bit.

I like Kit-Kat, unless I’m with four or more people. — Mitch Hedberg

To be sure of hitting the target, shoot first, and call whatever you hit the target. – Ashleigh Brilliant 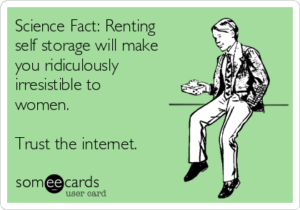 I thought I was in a bad mood but it’s been a few years so I guess this is who I am now.

I live on a one-way street that’s also a dead end. I’m not sure how I got there. — Steven Wright

What a kid I got, I told him about the birds and the bees and he told me about the butcher and my wife. ― Rodney Dangerfield

Trouble knocked at the door, but, hearing laughter, hurried away. – Benjamin Franklin

I did not attend his funeral, but I sent a nice letter saying I approved of it. — Mark Twain

Puns are the highest form of literature. ― Alfred Hitchcock

Wine is constant proof that God loves us and loves to see us happy. – Benjamin Franklin

A lie gets halfway around the world before the truth has a chance to get its pants on. — Winston S. Churchill

I live in my own little world. But its ok, they know me here. ― Lauren Myracle

Have you noticed that all the people in favor of birth control are already born? – Benny Hill

Only trust people who like big butts…they cannot lie.

When life gives you lemons, squirt someone in the eye. — Cathy Guisewite 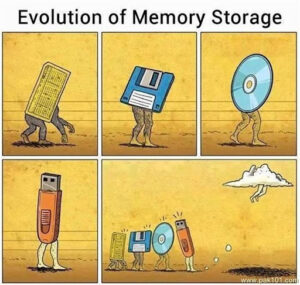 Opera is when a guy gets stabbed in the back and, instead of bleeding, he sings.
― Robert Benchley

Be who you are and say what you feel, because those who mind don’t matter and those who matter don’t mind. – Bernard Baruch

I walk around like everything is fine, but deep down, inside my shoe, my sock is sliding off.

I came from a real tough neighborhood. Once a guy pulled a knife on me. I knew he wasn’t a professional, the knife had butter on it. — Rodney Dangerfield

Most people would sooner die than think; in fact, they do so. – Bertrand Russell

When life shuts a door … open it again. It’s a door. That’s how they work.

That’s why they call it the American Dream, because you have to be asleep to believe it. — George Carlin 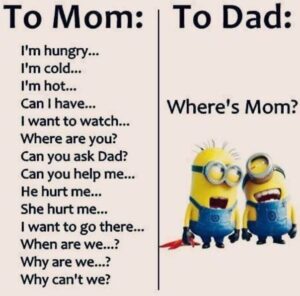 The world is full of magical things patiently waiting for our wits to grow sharper. – Bertrand Russell

The more you weigh, the harder you are to kidnap. Stay safe. Eat cake.

If you’re too open-minded; your brains will fall out. — Lawrence Ferlinghetti

Once I pulled a job, I was so stupid. I picked a guy’s pocket on an airplane and made a run for it. ― Rodney Dangerfield

Facebook just sounds like a drag, in my day seeing pictures of peoples vacations was considered a punishment. – Betty White

I like long walks, especially when they are taken by people who annoy me. — Fred Allen

A Penny Saved is a Penny Earned ― Benjamin Franklin 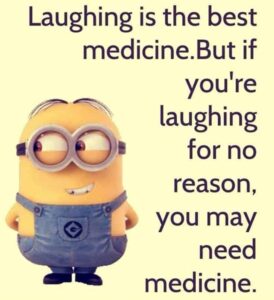 If there is anything the nonconformist hates worse than a conformist, it’s another nonconformist who doesn’t conform to the prevailing standard of nonconformity. – Bill Vaughan

Finally my winter fat is gone. Now I have spring rolls.

All generalizations are false, including this one. — Mark Twain

You know, sometimes kids get bad grades in school because the class moves too slow for them. Einstein got D’s in school. Well guess what, I get F’s!!! ― Bill Watterson

Money won’t buy happiness, but it will pay the salaries of a large research staff to study the problem. – Bill Vaughan

Laziness is nothing more than the habit of resting before you get tired. — Jules Renard

I don’t go crazy. I am crazy. I just go normal from time to time. 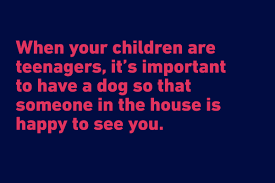 I came from a real tough neighborhood. Why, every time I shut the window I hurt somebody’s fingers. ― Rodney Dangerfield

A bank is a place that will lend you money if you can prove that you don’t need it. – Bob Hope

I love being married. It’s so great to find that one special person you want to annoy for the rest of your life. — Rita Rudner

My brain has too many tabs open.

Telling an introvert to go to a party is like telling a saint to go to Hell. ― Criss Jami

We never really grow up, we only learn how to act in public. – Bryan White